The story of Exit 4 isn’t about escape rooms. It’s a story about five friends who share a lifelong passion of putting smiles on faces. Some of us did it through customer service. Some of us did it by renovating homes. Some of us did it through art and entertainment. No matter the job, the goal was to make people happy and we all knew that escape rooms had the potential to do exactly that. So in early 2016 we scraped together $15,000 and began building southern New Jersey’s first escape rooms while still working our day jobs. At the time we had no idea if anyone would show up so we named ourselves the most search engine friendly thing we could think of and in April of 2016 “Escape Room South Jersey” opened its doors in beautiful Collingswood, NJ.

People booked. People left with smiles. People came back. We were happy. We made our investment back. We quit our day jobs. We expanded.

In 2018 we decided to take everything we’ve learned about escape rooms, customer service, business, & entertainment and rebrand ourselves into a franchise concept that has the ability to put smiles on the faces of both customers and franchisees. We chose the name “Exit 4 Private Escape Rooms” as a homage to our first location in Collingswood which is just a few miles away from exit 4 on the infamous New Jersey Turnpike. A lot of things have changed since we first opened and there are still many changes to come but our mission statement will always remain the same: “Win or lose, everyone leaves with a smile.” 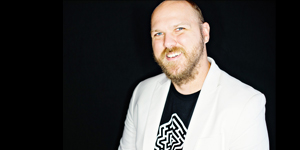 Derek Lindeman– Like all of the founders, Derek has a diverse and interesting background that led him to the escape room business. After graduating from Rowan University in 2006 with a BA in fine art, Derek pursued independent filmmaking for 10 years while working in a t-shirt printing shop to pay the bills. Although he enjoyed some success in writing and directing independent films, more success was found when he teamed with future Exit 4 founders Jake Matthews and Chris Borzell to start the subscription box service ProWrestlingCrate.com. In October of 2016 Pro Wrestling Crate was sold and Exit 4 became Derek’s full time pursuit with his main duties being creative direction and business expansion. 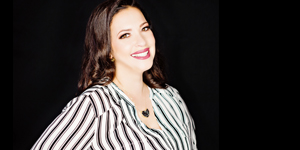 Anne Lindeman– Without Anne, Exit 4 would not be what it is today. When the initial idea of an escape room company came about the other owners had a very different model in mind but it was Anne’s insistence on customer service and convenience that ultimately led them to open a premium escape room experience in the restaurant town of Collingswood and the rest is history. It’s no surprise that Anne knew exactly what the business needed as her MBA teamed with decades of experience in customer service makes her a driving force behind Exit 4’s success and continued growth. 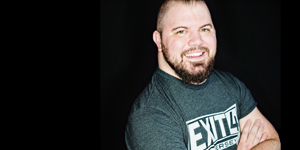 Jake Matthews– Long before Jake was entertaining people with escape rooms he was making people laugh on both stage and screen as actor, writer, and producer in Philadelphia’s independent film scene for over 10 years. To pay the bills during the ‘starving artist years’ Jake went in to business with future Exit 4 owners Derek Lindeman and Chris Borzell where he served as head of creative for their subscription box service. The subscription box service was ultimately sold and Jake took on the creative roll for Exit 4, tapping his experience in storytelling and entertainment to bring his one-of-a-kind escape room ideas to life. 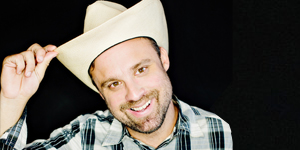 Jesse Hall– Beekeeper, former stagehand, outlaw country songwriter, and escape room builder. Some people may call Jesse Hall a modern day renaissance man, but we prefer to just think that he has a ridiculous resume. But when it comes to designing, building, and installing escape rooms, an odd set of skills is worth more than the sum of its parts and Jesse is always pushing Exit 4 to the leading edge of escape room technology and logistics. In bringing his experience from his days as a union stagehand, Jesse has been integral in Exit 4’s unique plan of swapping old rooms for new ones with minimal downtime in the same way a massive concert is constructed, broken down, and shipped. 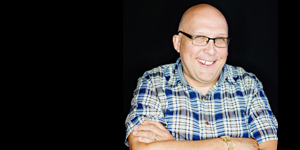 Chris Borzell– Chris is Exit 4’s “brick and mortar” guy. For one, his 15 years of experience as a retail manager is invaluable to building our brand on customer satisfaction and employee happiness, and secondly, he knows how to build things out of brick and mortar. In addition to advising in-store operations, Chris runs our 3,000 sq. foot workshop where all the rooms are designed, built, and tested. As opposed to most escape room builders who have migrated from the haunted house industry, Chris is a true escape room builder and his focus on durability and customer consistency make Exit 4’s escape rooms stand the test of time in an industry where form often takes precedent over function.

Are you interested in joining the Exit 4 family and owning your own franchise?